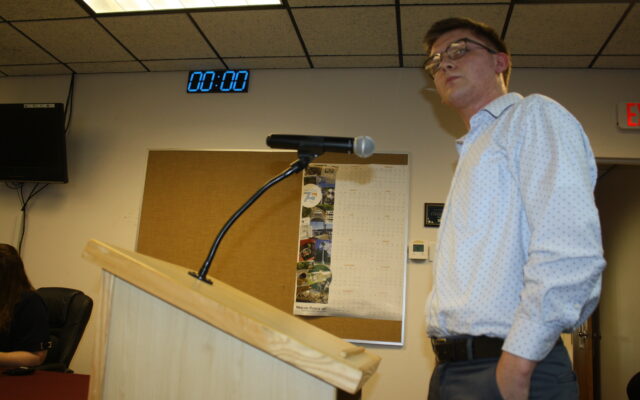 An aspiring entrepreneur is hoping that the Caribou City Council will change the city’s current marijuana ordinance to allow for-profit medical marijuana facilities to operate.

Caribou’s current marijuana ordinance only allows nonprofit medical marijuana dispensaries and cultivation facilities. Any retail store, including those that only sell medical marijuana, are prohibited and the city council has so far not voted to allow retail marijuana shops. The Maine Medical Use of Marijuana Act and the Marijuana Legalization Act – which allows recreational use shops — both require municipalities to vote in favor of retail stores before any are allowed to operate.

But one recent business proposal might help Caribou move in the direction of for-profit marijuana stores, if they deem those businesses a worthy economic investment.

In January, Trombley submitted a permit use application to the Caribou Planning Board for the former Pizza Hut building on 149 Bennett Drive. The board rejected his application due to the city’s rules against for-profit marjiuana businesses.

Though state law defines Trombley’s proposed business as a “retail store,” he clarified to councilors that his store, which he intends to call Wicked Good Farmacy, would not be open to the general public.

“The state defines us as retail but that does not mean we are open to anyone. I’m only licensed for medical marijuana,” Trombley said during a council meeting on Monday.

Caribou currently has two medical marijuana dispensaries: Safe Alternatives on Presque Isle Road and Richardson Remedies on Bog Road. Unlike retail stores, those businesses can only serve customers who receive a medical marijuana card from their doctors.

So far Caribou’s lack of retail medical and recreational marijuana stores stand in contrast to neighboring cities and towns. Presque Isle passed an ordinance in 2020 that allows both recreational and medical stores and has since seen four medical shops, two recreational stores and one cultivation facility open.

Recently, Presque Isle councilors announced potential changes to the city’s marijuana ordinance to give the city more control over the growing local industry.

Upcoming public hearings will help determine if Presque Isle will keep those businesses out of agricultural zones and require stores to post warnings about marijuana’s harmful effects on pregnant women. Councilors might also vote to require that business applications get unanimous approval from a review board.

While Caribou councilors have not expressed desire to allow recreational marijuana in the city, they have said they will work with the businessman and the planning board on Trombley’s proposal.

Their decision comes just months after the Planning Board expressed its desire to not allow any retail marijuana stores, despite acknowledging that only the council can opt in to the state’s adult use laws.

“I’m not opposed at all to a young man opening a business in Caribou, as long as we can move forward with this correctly,” City Mayor Jody Smith said.

City Manager Penny Thompson reminded councilors that many challenges exist if they wish to amend the current marjiuana ordinances. One hurdle: Caribou’s historic resistance against the mairjuana industry.

In 2016, Maine voters narrowly passed the ballot question that legalized recreational marijuana. The question failed to pass in Caribou by 25.13 percent, or 2,523 votes.

When medical marijuana became legal in Maine in 2019, Caribou lifted a two-month moratorium on those businesses so that new ones could develop in the city. But the city’s current ordinance has largely kept in place the desire of voters to limit the numbers and types of marijuana businesses.