The measure is co-sponsored by the Consumer Attorneys of California and Californians Allied for Patient Protection. It makes two significant changes to the Medical Injury Compensation Reform Act (MICRA) by restructuring MICRA’s limit on attorney fees and raising MICRA’s cap on noneconomic damages.

“After decades of negotiations, legislators, patient groups, and medical professionals have reached a consensus that protects patients and the stability of our health care system,” said Governor Newsom. 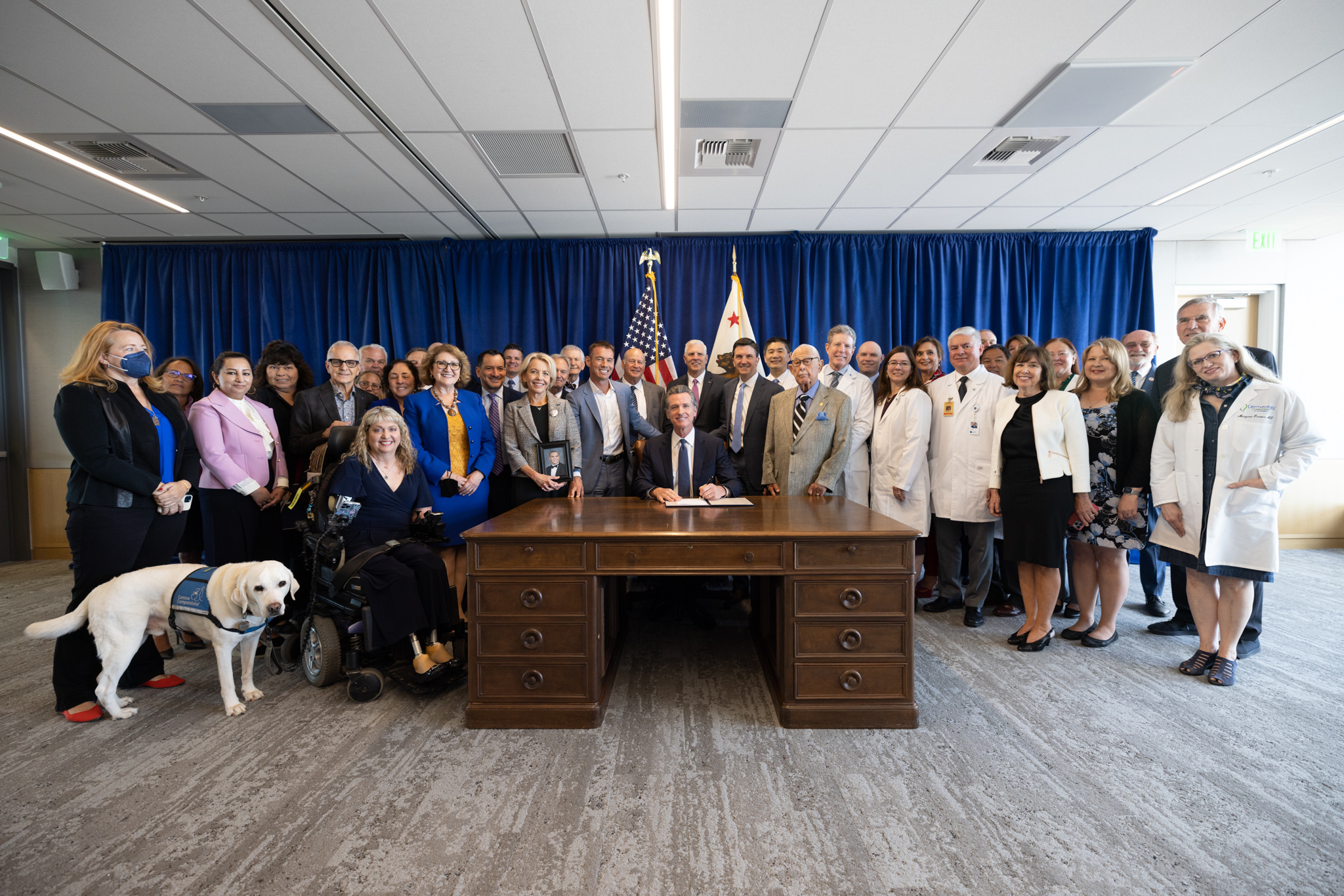 “I’m proud to have worked together with all stakeholders to get this done. AB 35 provides a better system for both providers and patients, creating a fair process that will have a real impact on Californians for decades to come,” said Assembly Majority Leader Eloise Gómez Reyes.

“With today’s signing of AB 35, we have achieved what few thought was possible. This historic moment happened because the two sides of the ballot measure campaign put differences aside, found common ground, and recognized a rare opportunity to protect both our health care delivery system and the rights of injured patients. We are immensely grateful to the Legislature and Governor Newsom for helping to codify this landmark agreement in law. California’s new modernized MICRA statutes will provide predictability and affordability of medical liability insurance rates for decades to come, while protecting existing safeguards against skyrocketing health care costs. The modernized law will also bring greater accountability, patient safety and trust by making it possible for physicians and patients to have a full and open conversation after an unforeseen outcome. CMA is proud to have been part of this landmark achievement for the benefit of all Californians. We look forward to a new era of long-term stability around MICRA that will allow California’s physician and provider communities to focus on other ways to improve access to care and public health for all Californians,” said California Medical Association President Robert E. Wailes, M.D.

“Injured patients deserve to be fairly compensated when their rights have been violated, and we commend the leadership of Governor Newsom to help get this done. Injured patients and their families are better off under the modified MICRA, and we look forward to continuing to serve in the best interest of our clients,” said Consumer Attorneys of California President Craig M. Peters.

For full text of the bill, visit: http://leginfo.legislature.ca.gov.