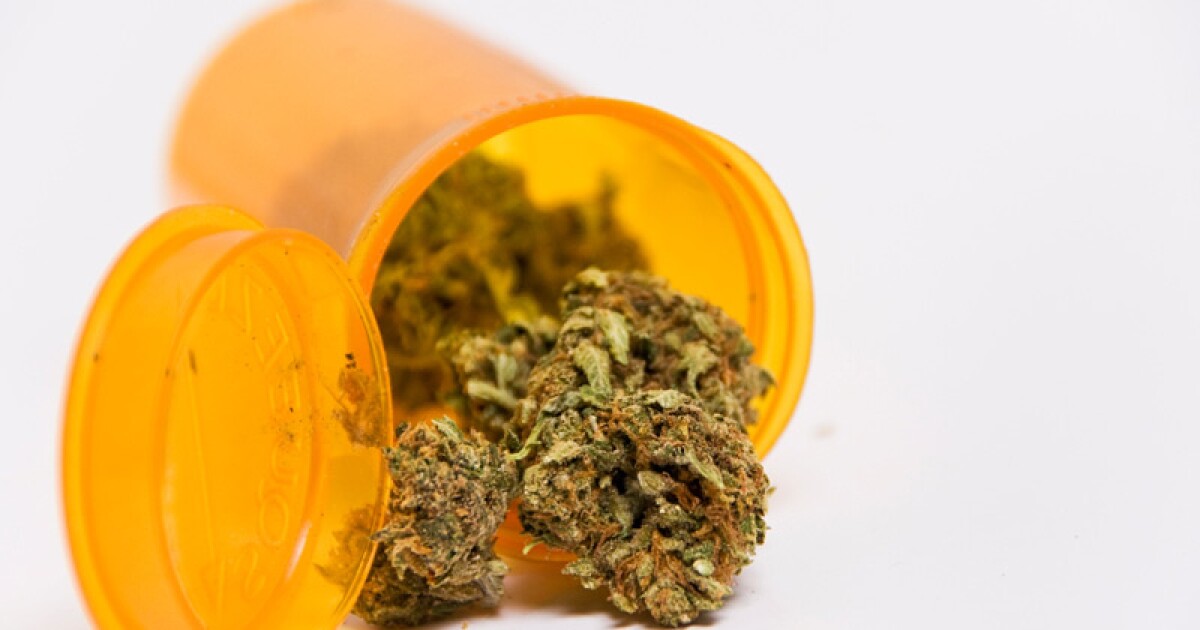 NEW YORK (AP) While New York’s much-anticipated legal pot shops could be a year away from opening, the state is making medical marijuana much more available now.

As of late last month, clinicians can greenlight medicinal pot for any condition they think it would help, not just for a limited list of ailments. In the last few months, the state Office of Cannabis Management also has expanded the ranks of providers, started letting dispensaries sell whole marijuana buds for smoking and proposed rules for patients who want to grow their own.

The changes, foreshadowed in legislation last spring, represent a big shift for a medical marijuana program that was once one of the nation’s most restrictive. It’s now figuring out its future as New York gets ready to launch what’s expected to become one of the biggest legal U.S. markets for recreational weed for adult use. Possession and use were legalized in March; the cannabis office is working on regulations for legal sales.

“This is a huge development because it means that instead of having to wait for adult-use, a lot of people are maybe going to be able to get access to cannabis now” to deal with such problems as sleeplessness and stress, said Dr. Stacia Woodcock, a pharmacist who manages a New York City dispensary run by cannabis giant Curaleaf Holdings Inc.

New York ventured cautiously into medical marijuana six years ago, following more than 20 other states at the time (now, 37 allow it; Mississippi joined the list Wednesday.) Unlike many other states, New York requires dispensaries to have on-site pharmacists and physicians to get special training before OKing the drug for patients.

Initially, dispensaries could offer only marijuana extracts in pills and liquids, not the flower in smokable form — a popular choice and relatively inexpensive to produce. Only 10 illnesses qualified, leaving out many that other states allowed.

The rules eased somewhat over the years, allowing more dispensaries, practitioners, products and qualifying conditions. More than 124,000 patients and 3,400 providers are now signed up.

But until late January, the rules excluded such conditions as anxiety and insomnia. They’re approved in some other states and are common reasons that people seek medical pot.

With rheumatoid arthritis and other illnesses that made her dependent on a wheelchair and walker in her 40s, Penelope Hamilton reluctantly tried marijuana in 2015 and found it life-changing, she said. She got her medical cannabis card after New York added chronic pain to the eligibility list two years later. But as a volunteer lobbyist, she often conveyed messages from people whose conditions didn’t qualify.

“One of the biggest wins to me was this piece” that gives health care providers free rein to decide who needs the drug, said Hamilton, who lives in the western New York village of Corfu and now works in cannabis marketing.

Dr. Rebecca Siegel, a New York City psychiatrist, has ruefully told many patients they didn’t qualify for medical marijuana, worrying that they might obtain pot illegally and take it on their own.

“The best thing is that people have it monitored and administered by somebody who’s qualified,” said Siegel, who recently published “The Brain on Cannabis,” a book that aims to explains what is known about the drug and its pros and cons in medical and recreational use. “I’ve definitely seen how marijuana can be very helpful for people, and I’ve also seen how it can be very harmful for people.”

There’s strong scientific evidence that marijuana or its ingredients can ease chronic pain, chemotherapy-induced nausea and symptoms of multiple sclerosis. Some prescription drugs use cannabis chemicals or synthetic versions to treat certain forms of epilepsy or weight loss and nausea in AIDS or cancer patients.

There is patchy scientific support for many other health claims made about medical marijuana, partly because of decades of U.S. research limitations on a substance that is federally illegal. Some doors to more study have been opening in recent years.

Some states that have legalized recreational pot have seen their medical marijuana programs dwindle, dismaying some patients who rely on specialized products from dispensaries.

The legislation called for expanding eligibility and letting patients grow their own before recreational users can. The company-paid medicinal marijuana tax is lower than the upcoming recreational pot taxes, to be paid by wholesalers and consumers. And medical marijuana companies will get a leg up in the recreational marketplace.

Some observers argue that medical pot companies’ advantages will make it harder for smaller and diverse hopefuls to thrive, despite other provisions meant to benefit them.

“A lot of people say, ‘Well, what do you need a medical card for now? It’s legalized,'” Hamilton said. But she expects many patients will continue to prize the pharmacists, precise formulations and tax break at dispensaries.

“It’s very important that we do have some.”