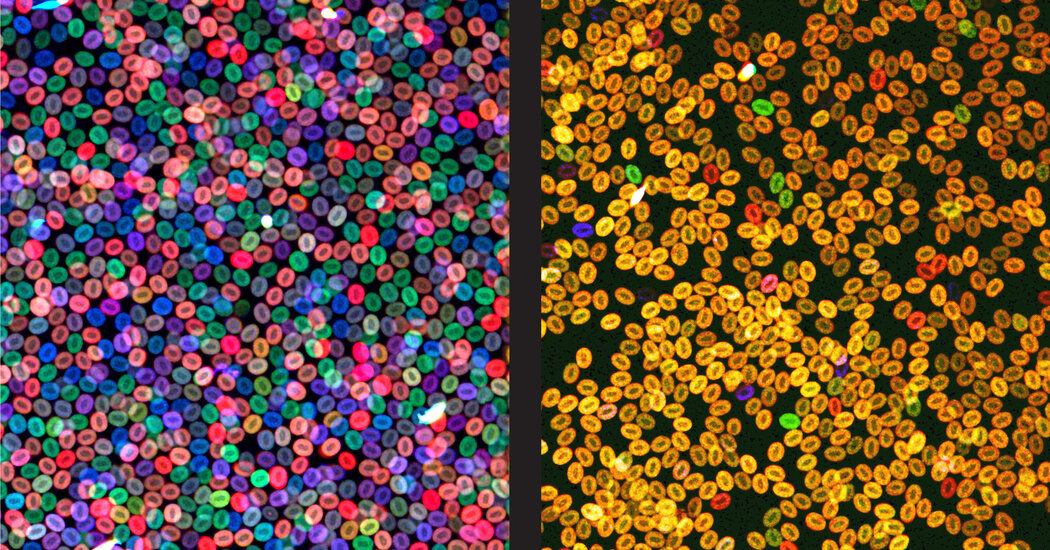 No one really knew why some patients with a white blood cell cancer called chronic lymphocytic leukemia, or CLL, relapsed after treatment and got a second cancer. Were some cancer cells just resistant?

An unexpected answer to this mystery has been found using a new technique that researchers call bar coding: The treatment does not always target the right cells.

Scientists discovered that the cancer does not always originate in the mature bone marrow cells where it is found and where textbooks say it originates. Instead, for some patients, the mother lode of the cancer can be primitive bone marrow cells, the stem cells, that give rise to all of the body’s white and red blood cells. Those cells, not affected by the chemotherapy treatment, can spawn new cancer cells, causing a relapse.

The discovery is one early fruit of the bar coding method, which is aiding the study of the origins of cancer and other diseases. The results are too new to have led to patient therapies. But they are leading to provocative discoveries that are expected to inspire novel methods for treating diseases.

The method works by marking individual cells with a stamp that is passed on to all of a cell’s progeny. Researchers can look at a cell, note its bar code and trace its lineage back to its parents, grandparents, great-grandparents — all the way back to its origins — because each cell that arose from the original bar coded cell has the same stamp.

The idea for bar coding during embryonic development originated with Dr. Jay Shendure and his colleagues at the University of Washington, and this class of methods was anointed the breakthrough of the year by Science magazine in 2018. Now there is a variety of methods for bar coding ranging from embryo cells to cancer cells to mature cells.

For example, Dr. Shendure and another group of colleagues at the University of Pennsylvania are using bar codes in mice with pancreatic cancer to study the spread of cancer cells in their bodies.

In the case of CLL above, Dr. Vijay Sankaran at Boston Children’s Hospital and his colleagues bar coded human cancer cells by taking advantage of innocuous, naturally occurring mutations that mark individual cells and are inherited by their progeny.

Bar coding, Dr. Sankaran said, “starts to give us a view of cancer that we never had before.”

The technique also revealed a surprising result to Dr. Leonard Zon of Harvard Medical School. He wanted to study clonal hematopoiesis of uncertain potential, or CHIP, a common but poorly understood condition that is common in older people and increases the risk for cancer and heart disease. CHIP occurs when the progeny of a single blood stem cell take over all or a large part of the bone marrow, squeezing out other stem cells.

To investigate, Dr. Zon marked individual marrow stem cells with different colors in tiny, transparent zebrafish. The result resembled what happens in patients — by the time the fish were adults, half of their blood cells were a single color, meaning they were derived from a single stem cell.

But how did one cell take over?

The answer was a surprise. The dominant cells secreted toxic inflammatory proteins. Those proteins suppressed the growth of other stem cells and injured the environment where the marrow cells grow. But the stem cell parents survived and kept generating new toxin-secreting progeny.

When he and his colleagues bar coded marrow cells in mice by genetically marking them with the gene-editing technique known as CRISPR, he discovered that the cells everyone called stem cells were not the main contributors to blood production.

“We always assumed those are the same cells that normally give rise to all of your blood,” Dr. Camargo said.

“We thought we knew everything about blood stem cells,” he said. “Obviously, we didn’t.”