The end is here for surprise medical bills – Shelbynews 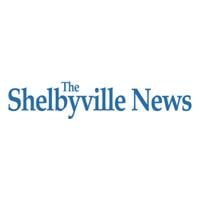 The passage of the “no surprises” legislation in Congress and its implementation Jan. 1 has been a cause for celebration. Consumer protection legislation is hard to pass these days for a lot of reasons including heavy opposition from the business community and indifference from the politicians. But sustained media coverage and public outrage over the growing number of patients who were getting unexpected large medical bills pushed the law over the finish line.

Chad Terhune, a reporter for Reuters told me, “This issue deserved all the media coverage it got because it affected so many and really exposed the predatory business practices in the system in a way readers and policymakers could understand.” The practice had become so widespread and unfair that politicians finally took notice.

So what does the new law do?

It takes the patient out of potential disputes between health care providers and the patient over whether the patient must pay the “surprise bill.” That’s an unexpected charge above what the patient’s insurance company would pay when they use in-network providers. The law says that doctors, hospitals, and other providers cannot require patients to pay those additional amounts and sets up an arbitration process between insurers and medical practitioners to resolve disputes.

Patients who now have a medical emergency and get care in hospital emergency rooms, freestanding emergency rooms, hospital outpatient departments, ambulatory surgical centers, and air ambulances cannot be billed for more than the amount of what their in-network costs would be. For additional protection medical professionals who treat them – including emergency room physicians, anesthesiologists, radiologists, and assistant surgeons – must also accept the in-network payment as full payment and can’t charge the patient more. Often those practitioners are out-of-network.

It’s fair to say that the legislation did not have smooth sailing through Congress, and lots of compromises were made that could still hurt many patients as they start using the law. There’s no protection for the 31 million uninsured Americans. They are entitled only to a good faith estimate of charges in non-emergency situations. If a bill is at least $400, an uninsured patient can dispute the charge with the Department of Health and Human Services.

Nor does the law cover services provided by out-of-network ground ambulances leaving patients on the hook for potentially high out-of-pocket bills.

Another loophole allows patients to sign away their right to pay only the in-network charges. Some health care providers are allowed to give patients

a consent form waiving their right to pay only the in-network charge. If they sign it, they will be obligated to pay the fees charged by an out-of-network doctor. Why would anyone want to do that? That’s a question I asked several experts. Jack Hoadley, research professor emeritus at Georgetown University’s Center for Health Insurance Reforms, told me consent might be given if there’s a complication and an out-of-network practitioner is necessary.

The experts point to some safeguards. Consent forms must be signed at least 72 hours before a procedure is done, or if it’s scheduled for the same day, the form must be given three hours in advance. Note, though that while you must sign the opt-out form, your doctor is not required to do the same. “It’s a very limited right providers have, but one consumers should be aware of,” Hoadley said.

While there’s a list of procedures where such waivers can’t be used, including emergency care, lab services, and care given by assistant surgeons, radiologists and anesthesiologists, federal regulators expect a lot of patients will use them. They estimate that in half of post-stabilization claims and for 95 percent of non-emergency services done at in-network facilities, consumers will consent to waive protections.

Anyone asked to sign such a form should think hard before signing the document.

The law, while clearly an effort to remedy a big consumer problem, may have an unintended consequence if lawsuits filed by provider groups such as the Texas Medical Association and the Association of Air Medical Services are successful. If those cases are decided in ways that let providers charge higher fees, health care inflation could rise. In states like New York and New Jersey that have passed their own state balance billing laws, research suggests they may have contributed to significant price increases for in and out-of-network services. The new protections are hardly straightforward, and patients and their families may need help enforcing their rights. To that end, Bob Herman, a health reporter at the news website Axios, https://www.axios.com/billed-and -confused-peter-sacco-prep -physician-visit-4c3de720 -488a-497e-a998 -5f569386da85.html, is asking the public to share their experiences with the new law in a series called “Billed and Confused.”

Have you or a family member had trouble paying for diabetes drugs? Write to Trudy at trudy.lieberman@gmail.com.