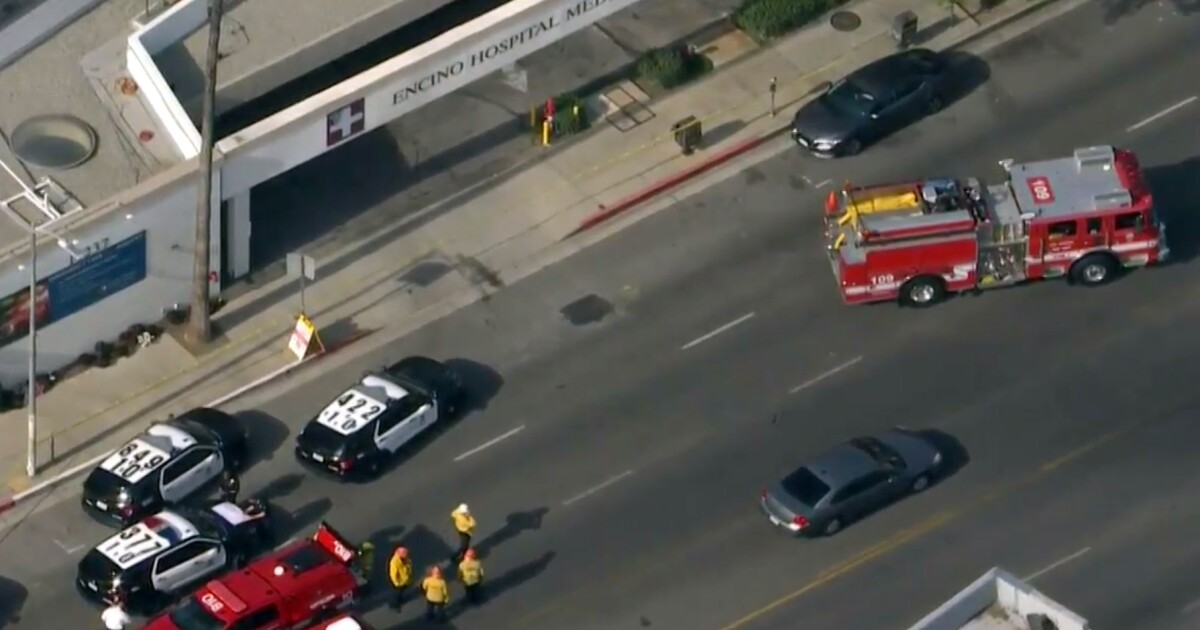 A doctor and two nurses at Encino Hospital Medical Center were stabbed Friday afternoon by a suspect who is believed to be barricaded in a room at the facility, according to authorities.

Officers were called to the hospital in the 16200 block of Ventura Boulevard at 3:50 p.m., said Officer Drake Madison, a Los Angeles Police Department spokesperson.

Police sources and Elizabeth Nikels, a spokesperson for Prime Healthcare, which runs the hospital, confirmed that the victims are a doctor and two nurses.

The victims are being treated at Dignity Health Northridge Hospital Medical Center and are stable, said Christina Zicklin, a hospital spokesperson.

The suspect was believed to be cornered, alone, inside the Encino hospital, LAPD Chief Michel Moore said.

“We’ve locked it down. We’ve isolated the individual,” he said. “We have no information that there is anyone else in there with him.”

Officers had barricaded the suspect “in the area of the emergency room,” Moore said, and an FBI team was on its way to the hospital.

Police did not know the motive for the attack, Moore said.

“We’re very mindful of what just occurred in Tulsa and what’s happened all across the country,” Moore said.

A gunman killed three employees and a patient Wednesday at a Tulsa, Okla., medical office, the latest in a series of recent mass shootings in the U.S. Last week, 19 children and two teachers were killed in a shooting at an elementary school in Uvalde, Texas, and 10 days earlier, a gunman killed 10 people in a racially motivated attack at a grocery store in a predominantly Black neighborhood of Buffalo, N.Y.

“Law enforcement, as the rest of the public, is mindful of this spasm that we’ve seen of these horrific tragedies, and the department is committed to ensuring that we are doing everything we can to ensure the safety of the public and prevent these horrible attacks,” Moore said.

Authorities haven’t released the suspect’s identity; however, LAPD Deputy Chief Alan Hamilton said the suspect is known to police and has an arrest record.

This is a developing story and will be updated.