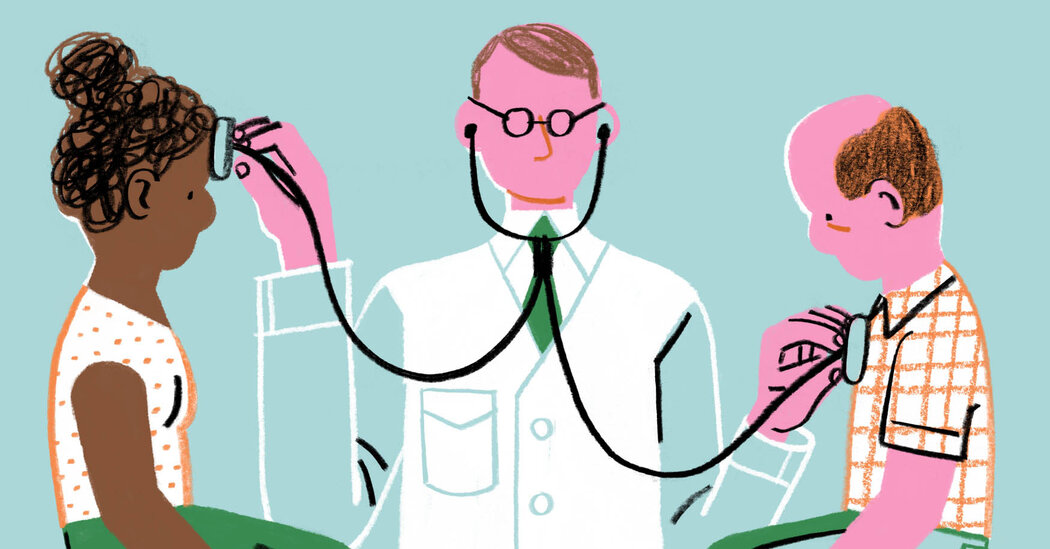 For instance, women with heart disease often have different symptoms from men with heart disease, yet doctors are much more familiar with the male symptoms, said Dr. Jennifer Mieres, a cardiologist with Northwell Health in New York. When “women show up with symptoms that don’t fit into the algorithm we’re taught in medical school,” she said, they get “gaslit and ignored.”

By the time Michelle Cho, 32, was diagnosed with systemic lupus erythematosus, a disease in which the body slowly attacks its own tissues, she had developed kidney failure, a heart murmur and pneumonia — yet the first doctor she went to diagnosed her with allergies, she said, and the second doctor thought she was pregnant.

“I left each time feeling disappointed, sad and uneasy, because I knew they had not solved my problem or helped me in any way, and it had been yet another wasted day,” said Ms. Cho, a New York City-based medical student. “It felt like they were saying, ‘It’s all in my head.’”

When Raimey Gallant, a 42-year-old writer who lives in Winnipeg, began dropping weight, losing her hair and breaking out in a full-body rash in her 20s, she said her male doctor told her she was “young, healthy and just lazy,” when in fact, later that year she was diagnosed with Graves’ Disease, an autoimmune disorder in which the body produces too much thyroid hormone.

She also struggled for 20 years with disabling period pain before finally getting diagnosed last year with endometriosis, an inflammatory disease characterized by the presence of endometrial-like tissue outside the uterus. “I’ll never get back the pieces of life I’ve lost to medical neglect,” she said.

How doctors and patients can elevate care

It’s hard to know how to begin to address these systemic problems, experts said, but scientists argue that at the very least, there needs to be more research on women’s health conditions.

Doctors should also be given more time with their patients, and see fewer patients overall, Dr. Spencer suggested. Research has shown that when people are juggling many cognitive tasks, they are more likely to make biased decisions. One study found, for instance, that male doctors were less likely to prescribe pain medications to Black patients with lower back pain when the doctors were under stress.